When trekking near the Stelvio Glacier (June 2015,) Italian Alps, we followed similar routes we followed 30 and 40 years ago. 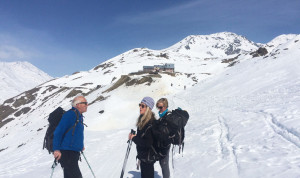 In Spring and Summer this beautiful and wild area is laced with a myriad of wild Rhododendri, Stella Bianci, Violetta, pink, orange, yellow and blue flowers, the lower slopes grow pine, larch and spruce with pervasive perfumes of pine, eucalyptus and other herbs.

We were dismayed to see the devastation  from shoulders of mountains which have collapsed, rivers of rock land-sliding,  tumbling intermittently due to permafrost and climate change.

Above shows the 2005 monumental rock shedding below Quinto Alpini.

Some of the falling boulders are over 3 metres high. 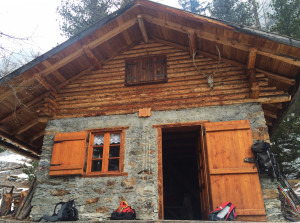 The permanence of the ice, with temperatures previously, below zero, have for thousands of years held the mountains and their  layers of rock, locked solidly, cemented tightly by ice.

Now as the "ice glue" melts, so the mountain rock fragments,  falls and cascades… 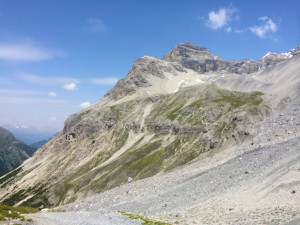 The effects of the landslide at 3000m  Summer

The Stelvio Glacier, has apparently retreated by a third and lost half of its mass [citation EEA 2004]. The thawing accelerates increased microbial activity, which  releases methane.

A combination of loosening substructure and abundance of melt water causes the “Drunken Forest”: trees lose their grip,  tip and topple. As the annual temperatures rise, so the “tree line” creeps up   and forestation starts to rise. 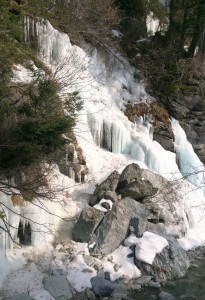 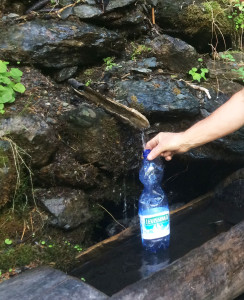 Below: us at Rifugio Branca  -