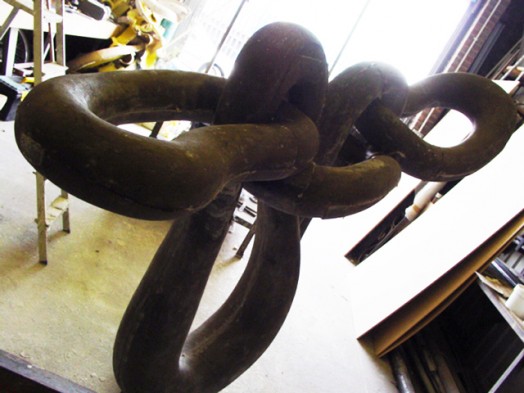 Commissioned by Bellway Homes, Developers at Twelve Trees Crescent, London E3, on the bankside of the Thames Tributary, 2005

Cold-cast bronze. A series of interlocking rings resembling a reeling figure on a rock of modern and future fossils.

The twenty-eight-piece mold was made by Michael Whitely's Artisan team.