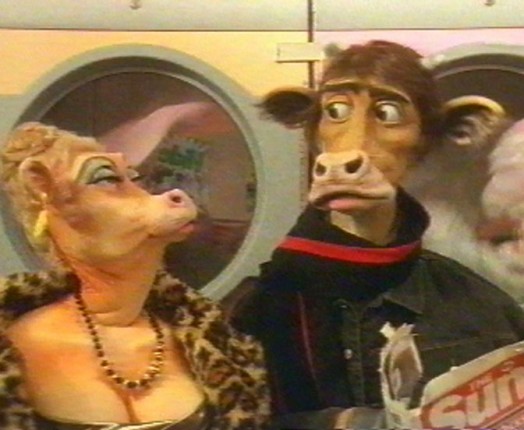 Designer for a variety of Spitting Image projects from 1985 on including:

The Winjin Pom TV-series for kids; Arena's Food Nights and Animal Nights with Alan Yentob for the BBC

I recycled the scrapped stunt car from the film “Brazen Hussies”  - Capri to  Cowpri,  which  also appeared in BBC's “ The Car's The Star "and in the Car-Nation Islington Street Festival, 1998.